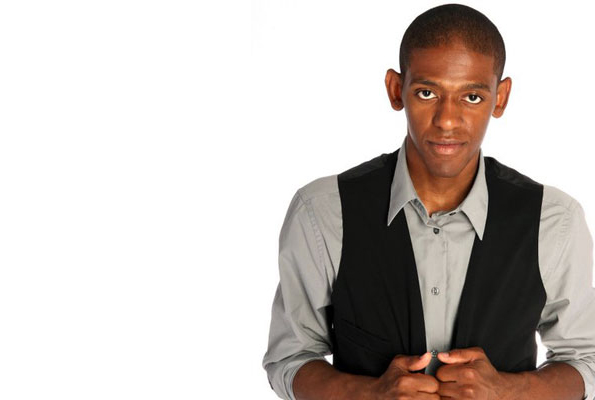 Tap Extraordinaire Jared Grimes is a performer with heart. I recently met Jared at a New York dance competition he founded called ‘Run The Night’ where he gave young dance hopefuls a chance to perform in front of their peers and industry judges for feedback, encouragement and a cash prize. His heart for the next generation of dancers is evident as he strives to give artists a chance to shine and develop their talents.

Producing his own shows and performing across the US, Grimes is making his mark in the tap and hip hop dance scene with an infectious charisma on stage and off. He has danced alongside legends such as Wynton Marsalis, Gregory Hines, Ben Vereen and Jerry Lewis, has toured with  Mariah Carey and danced for Common, Salt-n-Pepa, Envogue, Busta Rhymes and the Roots. Jared’s theater credits include Cirque Du Soleil’s, Banana Shpeel, Twist, Scottsboro Boys, Pure Country, Babes in Arms, Sammy, Vaudeville and Broadway Underground, a show he directs himself. Grimes has also appeared in commercials for Coca-Cola, Subway and MTV, along with several television shows and films. 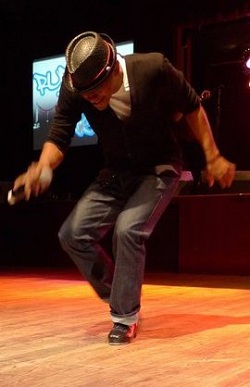 Jared performs at Run the Night by Broadway Underground

So who is Jared Grimes? What are his passions?
I am a performer.  My passion is tap.  I feel my greatest strength is the ability to connect with people.

What are you proud of?
I’m proud to be a person who has lived by all the morals and principals instilled in me by my parents. They gave me the everlasting gift of never giving up on people.

Tell us about your dance background
I moved to NYC in 2001 for college and had no money after tuition.  My feet conjured up food and rent for about four years.  The subway is where I built my performing stamina, drive, and execution in tap.  If I couldn’t connect with a crowd they didn’t stay and watch.  Relating to different cultures, races, genders, and ages is what I had to do to last a day in the subway.
I started dancing when I was 3.  My mother was my first teacher.

What is your favorite dance style? Tap or hip hop?
Tap is my favorite style of dance.  Hip hop is second.

What is your career highlight?
My career highlight is regularly performing with Wynton Marsalis, whom I call my professor. He has a wealth of knowledge and his perspectives on music send me to the stars and back with every performance and every conversation.

How do you keep inspired to perform, teach and create?
I stay motivated! I don’t know why or how I keep pushing forward, but there is something inside me that is never satisfied with the moment.  I’m always seeking perfection outside the box and it is an obsession that I have learned to live with. It never stops. When I was little I can remember challenging my image in the mirror [laughs]. In life I never want people to figure me out.  My brain is always trying to stay ahead of itself and I am just trying to keep up with it by feeding it my heart and soul.  It’s a crazy thing. Teaching is an outlet for what is constantly going on in my head.

What is your advice for young street dancers?
My advice to all dancers is to know your history. There’s nothing worse than a dancer that does not know who paved the way for them.

What are your current projects?
I’m currently doing the musical TWIST at the Pasadena Playhouse directed by my friend Debbie Allen.  We will be doing shows from June- July 25.

What are your dreams?
I want to take over the world in a way that hasn’t been done since Sammy Davis Jr!