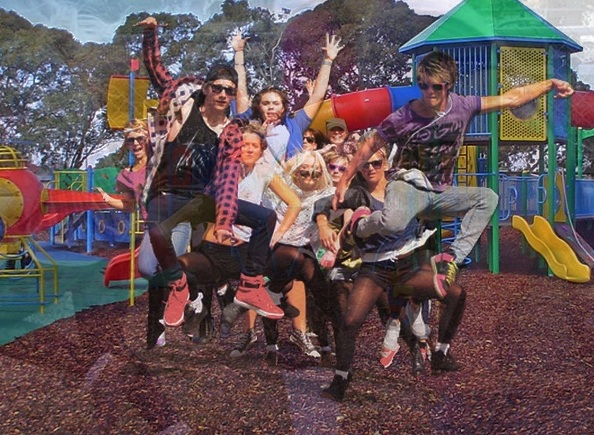 Paul Malek’s Project Y followed up the previous week’s performances of The Dream Machine, choreographed by Rain Francis, with tonight’s premiere of Move.  The night promised a performance that would not let the audience sit still and a piece that combined contemporary and hip-hop dance styles.  Move delivered on both counts.

A performance without a story, Move presented us with a dance piece purely for the sake of dance and entertainment, which is a glorious thing for an audience member.  There’s nothing quite like being inspired and entertained by dance that is fun, well executed and choreographed with innovation.  The concept was a collaborative effort between Malek, Zoe Marsh, Jack May and Freya List, and their vision came to life through impressive use of the stage, lighting, music, and video footage.  Combined with urban choreography and costumes, the addition of street footage of Melbourne transported our city into another version of Los Angeles.

While the choreography wasn’t groundbreaking – there are many creative hip-hop/contemporary works around – it was still inspired and imaginative.  The dancers themselves were in their element, clearly having the time of their lives.  The audience responded in kind, cheering and clapping enthusiastically throughout the piece.  The looks on the performers’ faces during the curtain call was quite something – they must have felt like rock stars with the enthusiastic reception the audience gave them.  While they may not (yet) be rock stars, the cast of Move were definitely stars this evening, and their youthful exuberance left me wanting to bust a move.