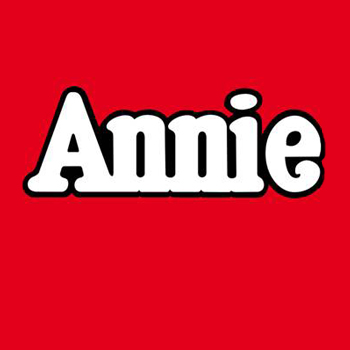 The ever-popular Broadway musical Annie will light up Sydney’s Lyric Theatre from 29 December in an exciting new production produced John Frost. Returning to the role of New York ‘zillionaire’ Daddy Warbucks will be one of Australia’s greatest theatrical talents, Anthony Warlow, fresh from his success in the title role of the World Premiere of Doctor Zhivago. Show business legend Nancye Hayes will play the tyrannical Miss Hannigan who runs the orphanage where Annie begins her journey. This is the third Australian production of Annie that Nancye has been involved with, having played Lily St Regis in the original production and been Assistant Choreographer for the second.

Announcing his all-star cast, Producer John Frost said, “I’m often asked when Annie will return to the stage, and I’m thrilled that for this new production we have the A-list of Australian musical theatre talent – Anthony Warlow reprising one of his favourite roles, Nancye Hayes putting her mark on the role of the mean Miss Hannigan, and Todd McKenney, Chloe Dallimore and Julia Goodwin who are the cream of Australian talent. And I know Alan Jones will surprise everyone in his musical theatre debut. Our production team is top quality as well – director Karen Johnson-Mortimer, choreographer Kelly Akers and musical director Peter Casey. You can bet your bottom dollar Annie will be a hit again in 2012!”

NSW Premier Barry O’Farrell said, “Over the coming years, Sydney will play host to a number of musicals, many of which will have their Australian and World Premiere season in Sydney and many of which will be produced by John Frost. Today we add another musical to the list, the Australian premiere season of Annie and making his musical theatre debut in the role of Franklin D Roosevelt will be Alan Jones. I’m sure his listeners will be the first in line,” Mr O’Farrell said. “In the last month we have announced that Sydney was chosen for the Australian Premiere of The Addams Family and the World Premiere of Strictly Ballroom. This is in addition to the recent highly successful first run of Doctor Zhivago, as well as Legally Blonde opening in Australia in June 2012”, he said.

Based on the popular Harold Gray comic strip “Little Orphan Annie”, the musical Annie burst into popularity in 1977 when it opened on Broadway. After running there for nearly six years, it has played in over 22 countries worldwide including the UK, Argentina, Japan, Germany, Sweden, Spain and Australia. Annie became a smash-hit movie musical in 1982 starring Aileen Quinn, Albert Finney and Carol Burnett that is adored worldwide and a fixture of popular culture references.

Annie is full of toe-tapping hits such as It’s the Hard Knock Life, Easy Street, You’re Never Fully Dressed Without A Smile, NYC, Maybe and everyone’s favourite song – Tomorrow. These wonderful songs have become staples of musical theatre repertoires worldwide and now, 34 years on, it remains one of the most loved and universally appealing musicals of all time.