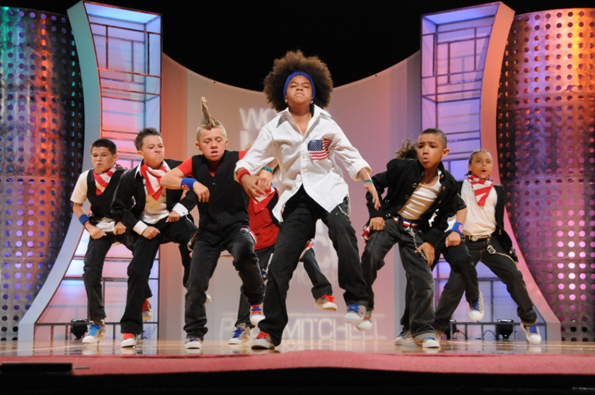 Hip-hop has come a way long since Bronx block parties in the mid-70s. When pioneers like Cool Herc, Grandmaster Flash and Grand Wizard Theodore introduced scratching and mixing and the term ‘breakdancing’ back in 1975 they could not possibly have imagined that hip-hop would evolve into a dominant music and dance form of the early twenty-first century.

Today, just as at those New York street parties, dancing is at core of the culture; and although breakdancing has expanded its range to incorporate elements of Caribbean freestyle and jazz it is still about busting great moves. In 2011 however, it’s gone from the street corner to the world stage.

A million miles from the Bronx, Marco Selorio, the man behind Hoopdreamz, is getting ready to showcase the country’s best crews at the third annual Hip-Hop International (HHI) Australian National Dance Championships. The prize? A spot at the HHI world titles in Las Vegas.

“It’s probably a dance sport nowadays,” Selorio observes. “There’s a lot of aerobics and acrobatics happening. You’ve gotta be pretty flexible and athletic when you’re doing those twists and turns.”

It’s also competitive, with the ethos of the ‘battle’ still very much part of the hip-hop dance vernacular. However, this is not to say that the style hasn’t evolved significantly from its roots. “They still implement some of the break style from the 70s and 80s but they’ve got new styles now that they piece together in very technical choreography,” Selorio explains. “They add a bit of jazz, a bit of acrobatics, a bit of krumping (which is like a very emotional dance); and they combine these styles together depending on the songs.”

Hip-hop dance these days is anything but the free flow solo breaking of block party bravado. “It’s all very entertaining but at the same time you can see how technical it gets. It looks easy from a viewer’s point of view but when you start to implement it, it takes a lot of practice.”

The increased technicality of the routines has certainly helped to lift hip-hop’s profile in the dance world. At the ‘crew’ level it has moved well beyond party dancing. “Hip-hop is maybe not as technical as ballet because, y’know, it’s a street dance. But in terms of technicality Hip-Hop International have a whole bunch of rules. It has to be tight, it has to be in sync and you can only get that by rehearsing everybody’s moves.”

Having moved so far from its DIY, street corner origins it seems fair to ask whether hip-hop has lost something essential in its move from the underground to the corporate sponsored main stage. Now that it’s a safe MTV staple, has it lost its soul?

“Here in Australia we don’t have that ghetto-ness that they have in the States, so we can’t really relate to that kind of experience,” Marco Selorio says of the style’s transference from grimy underprivilege to gold chain flash. “Over here we’ve embraced it more because we love the music and the dance. It’s become a very positive thing for kids because it keeps them off the street; they tend to focus more on dancing together as a team and that gives a lot of kids here in Australia an outlet.”

Ultimately that outlet will lead nine of Australia’s best crews to Las Vegas to compete against dancers from over thirty countries. With three ‘qualifiers’ to be held in Sydney, Melbourne and Brisbane from mid-March, the battles will doubtless be intense with an estimated 100 crews expected to attend.

Of the world champs themselves, Marco Selorio is suitably impressed. “When I first went there I was just amazed. There are Japanese dancers, French guys, Russians and New Zealand kids. I was just – wow. This hip-hop thing, it’s global.”

Interestingly, the current world champions are a Kiwi crew, something that is not lost on Selorio. Indeed, it helps to put the Australian hip-hop dance culture into sharp perspective. “We may call it hip-hop here but when we get to the States they go, ‘wow, is that as good as it gets in Australia?’ so there’s still a long way to go,” he says frankly. “I think the Americans just take it more seriously. Maybe we just don’t want it bad enough.”

It’s difficult to imagine Selorio or anyone else being able to say that in 1977 when the seminal Rock Steady Crew first formed on the streets of New York. Breaking’s rise from inventive obscurity to dance credibility says as much about that original hunger as it does about the sheer athletic snappiness of the form.