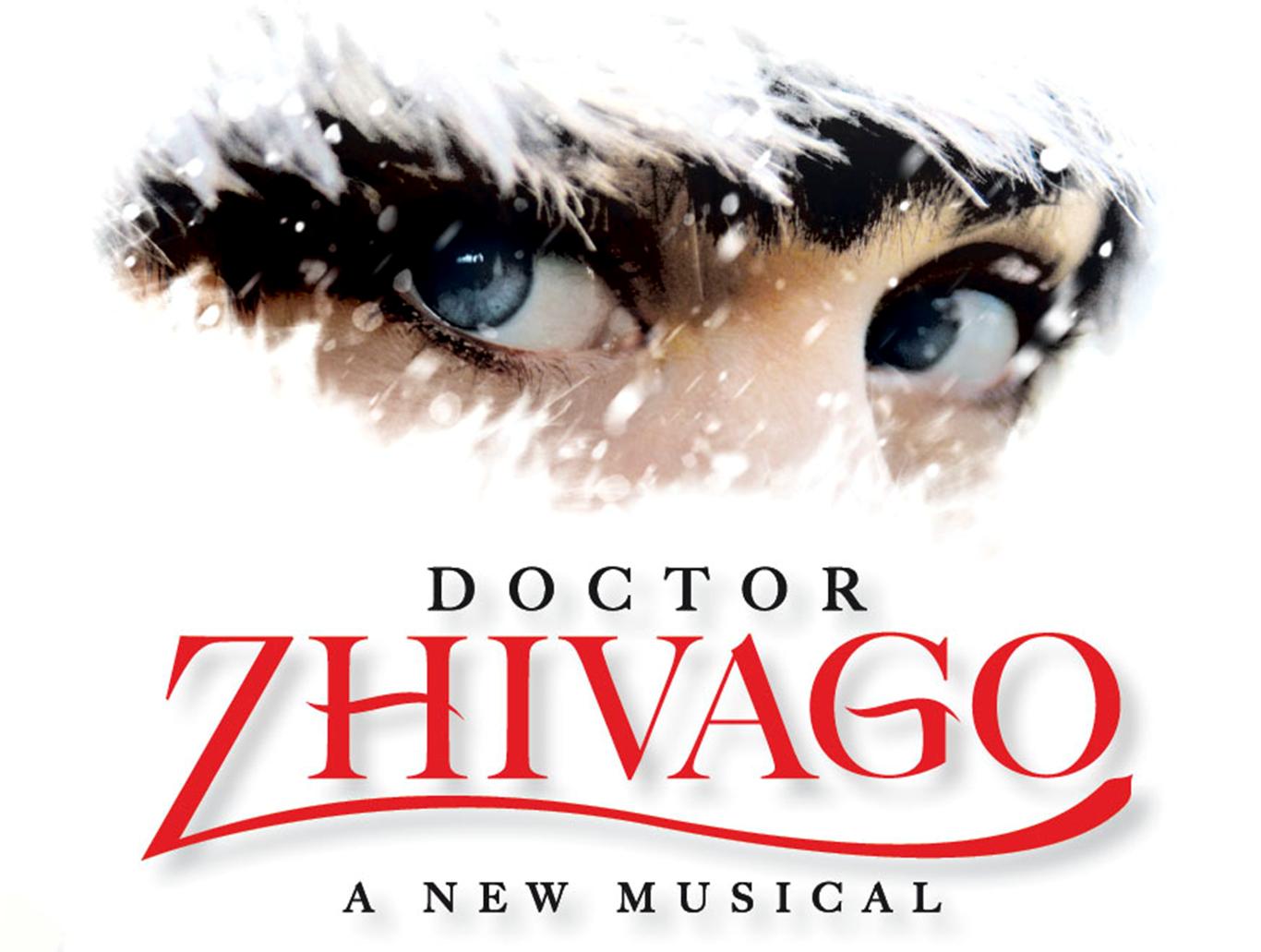 ‘Things might go bump in the night and if we happen to have a train wreck…but Anthony Warlow will be performing tonight!’  This unusual statement was how the director introduced the much-anticipated musical –Dr Zhivago – at the Lyric Theatre in Sydney.

The new production has had an unusual start to its ‘out-of-town try-out’ for the Broadway season with the leading man, Anthony Warlow suffering a calf injury in one of the final rehearsals. Tonight’s performance however went without a hitch, apart from minor sound feedback issues, and the star’s slight limp actually added credibility to his role.

This musical, based on Boris Pasternak’s novel, is a sweeping story of duty, passion, danger and fate. With neo-classical sets complete with Greco-Roman columns, romantic floating white curtains and the occasional use of video projection, we were taken on an epic journey from Imperial 19th century Russia through the turbulent 1905 revolution and onto the First World War.

By comparison, Lucy Maunder’s ‘Lara’, the enigmatic woman who haunts Zhivago’s dreams and inspires his poetry, couldn’t quite inject sufficient presence and power to make us believe the passionate struggle between these two central stars.

Kelly Devine staged the choreography well. The Tavern scene displayed impressive Cossack dancing with the performers showing surprising agility and athleticism. The charming and intricate Mazurka performed in the first half was brought to a halt by a half-hearted murder attempt on charismatic ‘Viktor Komorovsky’ (Bartholomew John).  Some of the revolutionary scenes brought to mind similar formations in Les Misérables – red flags held aloft, the cast en masse triangular formation style. However, in this preview performance the cast seemed less than confident in attacking their roles.

Dr Zhivago runs for almost three hours. After a rather lacklustre first-half which attempted to cover too much history, the second half came alive. Drama built, the characters seemed to mature and hit their stride and Zhivago became more central as his voice transported us to a more intimate world. Video-projected images of war scenes and provincial poverty added historical ambience.

The singing and the story developed more believably; in particular the scene in the village library where the two women in Zhivago’s life came face to face was aesthetically beautiful and poignant. Lara and Tonia’s voices harmonised perfectly and the emotional power of Warlow’s voice during the closing graveside scene left me with goose bumps. At one point I became mesmerised by the delicately flowing hands of Kellie Dickerson caught by shafts of light, as she conducted the emotive score.

With some added confidence from the cast, this sensitive production has the potential to take Broadway. A standing ovation for Anthony Warlow was absolutely deserved and testified to the audience’s enjoyment. The other standout performances came from Martin Crewes as the political radical ‘Pasha Antipov’ and Taneel Van Zyl, Zhivago’s wife, who both commanded our attention with their presence and strong personas.