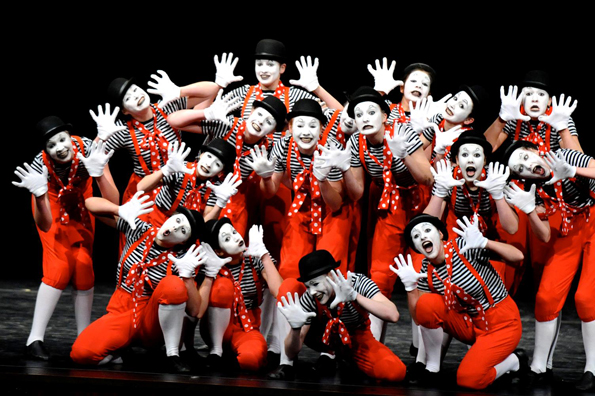 The competition was fierce and the stakes were high at the Sydney Eisteddfod Dance of the Champions. Twenty of the best dance troupes from across NSW competed for a share of the $20,000 prize pool and performed to a packed house at the University of NSW Science Theatre.

The event was an outstanding night of extraordinary talent hosted by Lyrical Hip Hop dancer JD (Joel De Carteret), a top 12 finalist on the first season of So You Think You Can Dance. The program was entertaining and progressed swiftly through a variety of dance styles including jazz, contemporary, ballet, lyrical, hip hop, musical theatre and tap. It was wonderful to also see national dance styles represented including a Serbian troupe, and a young group of flamenco dancers.

Overall the choreography was fresh and dynamic, showcasing the agility and skills of the dancers. Each performance was better than the previous, and it was exciting to see the next generation of professional dancers in the making.

A defining moment of the competition was when the young performers of the Caper School of Performing Arts (Bella Vista) dedicated their performance to their parents. This recognition of the hard work and support that happens behind the scenes is the mark of true champions!

All Starz Performing Arts Studio take out the audience vote

As the evening progressed, the excitement and electricity on stage spilled into the audience who were given the hard task of voting for their favourite performance. With the prize pool split, $10,000 assigned to the jury vote and $10,000 to the audience vote, the pressure was on to decide which dance schools deserved this significant reward.

The results were announced and surprisingly the jury and the audience had differing ideas on who were the best. There were six prizes awarded with $5,000 for each 1st place winner, $3,000 for each 2nd and $2,000 for each 3rd.

The jury awarded first place to Select Dance Co. (Moorebank).Their delightful and creative jazz routine was a tribute to the famous Marcel Marceau. Dressed as clowns, the troupe cleverly performed mime sequences to music and wowed the audience with their jazz and acrobatic skills. In second place was Dance Junction (Glendenning) with an entertaining tap routine that was both strong and rhythmical. Third place was awarded to Ev & Bow Full Time Dance Training Centre (Kirrawee) who performed an amazing contemporary routine. You could have been forgiven for thinking this group of talented dancers were already a professional contemporary dance company.

If you missed out on a ticket to the Sydney Eisteddfod Dance of the Champions you now have a second chance to see this exciting showcase. A special broadcast is scheduled for Sunday 27th November at 2pm on Network Ten.