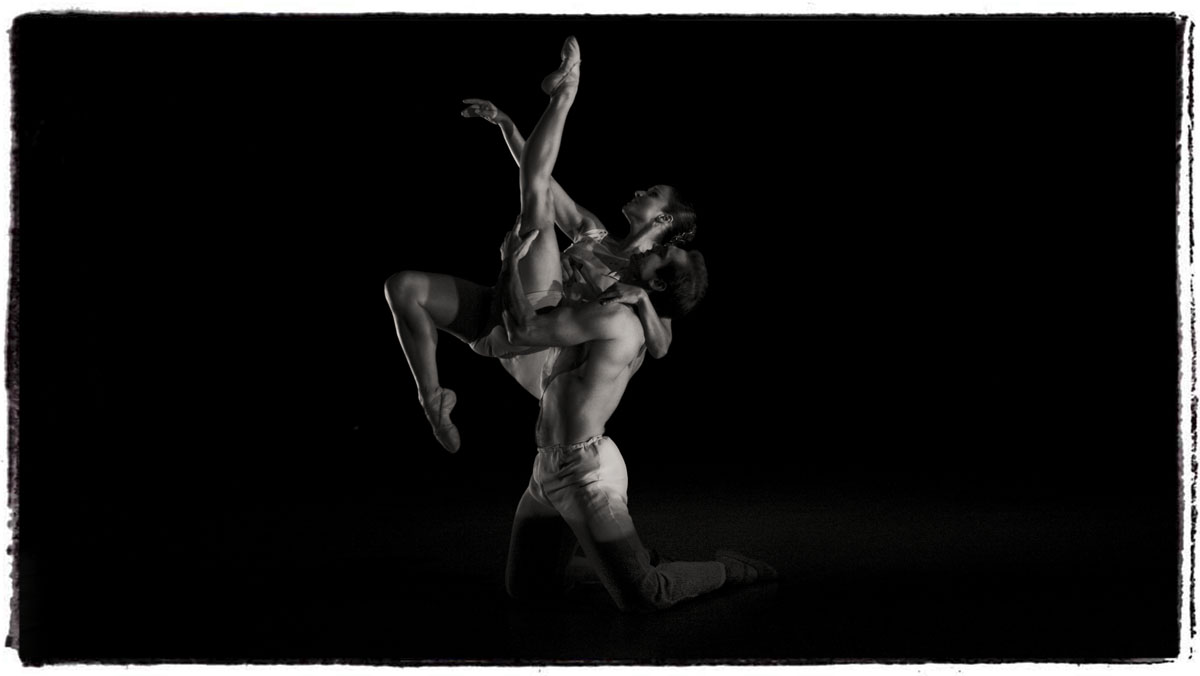 Melbourne Ballet Company’s seventh season had big shoes to fill after their successful Project Six last December. Returning to Chapel off Chapel in Melbourne, the company presented us with four new contemporary works, three of which were by resident choreographer Simon Hoy, with the fourth piece by regular contributor Robert Kelly. Fortunately, Project Eight will graduate to the Playhouse Theatre because Melbourne Ballet has definitely outgrown the confines of Chapel off Chapel’s small stage.  With dancers of the calibre of Rani Luther and Adam Thurlow, combined with Hoy’s expansive and challenging choreography, the company deserves a larger space to enable it to fulfil its potential.

Simon Hoy’s On Air was the first piece of the evening and it was an excellent start which showcased the strength of the company.  The dancers were in fine form, looking polished and enthusiastic.  Once again, Luther’s formidable presence on stage was a highlight. She has the ability to light up the stage and become the focus of an audience’s attention.  Her intensity, technique and interpretation are without flaw and naturally, she is a joy to watch.  The dancers wore minimal flesh coloured costumes to ensure the focus was on the dancing.  The piece itself was hindered by Hoy’s choice of music, Debussy’s Arabesque No.1.  Hoy should be encouraged to make more daring musical choices because the familiarity of his selections can easily slip into the realm of trite.  With such brave, angular yet fluid choreography, On Air would have been a far more powerful and interesting piece with different music.

In contrast to Hoy’s ethereal and classical piece, Robert Kelly’s Virtuoso was full of colour, spice and character.  It explored “the importance of title, status and achievement”; however I sensed a more sinister undertone, perhaps resulting from pitfalls and self doubt along the road to success.  Kelly’s use of the space and props was impressive, with the lights creating a dramatic feel.  The gothic black and red tutus were in juxtaposition with the movements which were anything but strictly classical.  The piece built to a climax with the dancers performing sharp clean movements in perfect unison.  Kelly’s choreography is always daring and left of the middle, and Virtuoso was no exception, showing the depth and range of his talent.

Dark before Daylight by Hoy opened the second half of the performance, with a re-telling of the classic story of Odette and Prince Siegfried from Swan Lake.  The concept could have veered dangerously into cheesy territory, but Hoy’s sensitive interpretation fortunately avoided that.  Rather than trying to re-create the typical Swan Lake arm shapes and motifs, he created his own vocabulary of swan-like nuances.  Rani Luther as Odette was absolutely divine and her performance was heart breaking in its sadness and beauty.  To see the corps writhe on the floor in tutus was quite startling but effective in conveying their agony.  Dark before Daylight was truly a beautiful piece.

The final performance of the evening was Hoy’s Infinite Space, which again used the familiar music of Mozart.  This piece saw Hoy at his best, with lyrical, smooth and dynamic choreography that was energetic, evolving and constantly unfolding.  The dancers were in their element here, making the most of the choreography and embracing the theme of celebration.  Again the dancers moved in unison with impressive precision, however the piece felt like it was building towards something that never eventuated.  Infinite Space ended as beautifully as it began, with a flourish of flower petals and glitter.

Once again, Melbourne Ballet Company showed the audience its strength, diversity and potential.  I look forward to the next season.