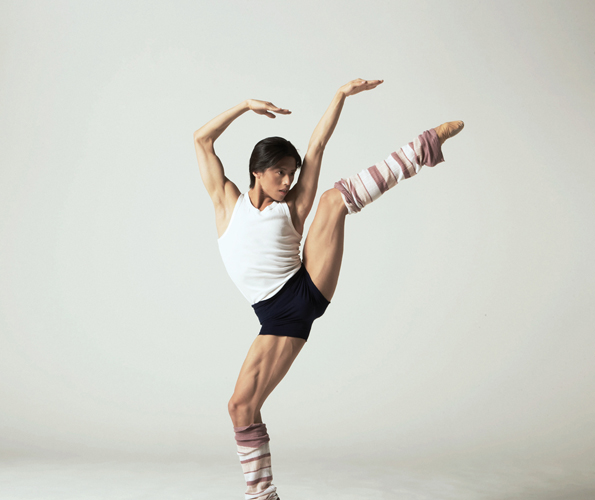 Tzu-Chao Chou commenced his dance training on weekends and after school in Taiwan with traditional Chinese dance around the age of nine.  Being a very active child, his parents thought dance would be a good outlet for his energy and a useful hobby.  He had only been there for two weeks when the owner of the dance studio decided to incorporate classical ballet into the school.  Russian teachers from the Vaganova School were invited to Taiwan to train the dancers and Tzu-Chao was literally grabbed from the adjacent studio by the Russian teachers and enticed into joining the classical ballet classes.  Being the only boy at the dance school, Tzu-Chao was dubbed the “Billy Elliot of Taiwan”.

Tzu-Chao is well known for his incredible flexibility and strength. Many people would be surprised to learn that Tzu-Chao has had to work hard at his flexibility which didn’t come naturally. He recalls his initial physical assessment at his first Chinese dance class: “they made me do a back bend and the first time I was crying, it was so painful”.  He was almost put off by the forced stretching and thought “I don’t know if this is what I want to do!”  Fortunately for us, he persevered and fell in love with ballet from the first class.  The Saturday ballet classes in Taiwan ran from 2-8pm with downtime used to watch videos of ballets which inspired the young Tzu-Chao to pursue a career in ballet which he has found exciting and challenging. 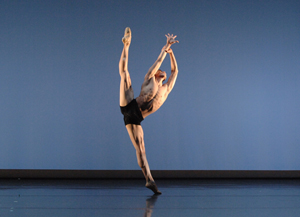 While his ballet teacher wished to take Tzu-Chao back to Moscow to further his training, his parents advised against such a move and instead allowed the young dancer to accompany his brother who was going to Australia to studying geography and history.  Without knowing about The Australian Ballet School, Tzu-Chao enrolled at The Victorian College of The Arts in Melbourne at the age of 13, where he trained for one year. Despite the high level of training he received there, Tzu-Chao was unsatisfied by the amount of ballet in the course and returned to Taiwan, much to the relief of his worried mother.

With little opportunity for a dancer to pursue a career in Taiwan, Tzu-Chao again returned to Australia, and this time joined The Australian Ballet School after another stint at VCA.

Despite some initial boundaries with language, Tzu-Chao’s bubbly personality enabled him to pick up English and quickly settle into the new culture and way of life.  As he says, “ballet is universal.  You can say ‘tour en l’air’ and everyone knows what it is.”

He graduated from the ABS in 2004 and joined The Australian Ballet the following year.  His performance in The Flower Festival in Genzano prompted a journalist to compare his “buoyancy, power and fluency” to that of a young Baryshnikov.  Promoted to soloist in 2008, Tzu-Chao was nominated in the Telstra Young Dancer of the Year Award, the highest accolade of its kind available to an Australian ballet dancer.

As much as Tzu-Chao loves the traditional classical ballets, he also enjoys performing more modern works, and nominates Wayne McGregor’s Dyad 1929 as a highlight to dance.  He listens to classical music and is constantly inspired by it, and can often be found daydreaming with a pair of headphones on.  At the young age of 24, Tzu-Chao feels that he is able to push his technique in classical roles and challenge his body while the freedom of contemporary ballets will be more of a focus later in his career.

In 2009, Tzu-Chao performed as a guest artist with English National Ballet and in New York, and during his Christmas holiday, he travelled Europe on scholarship attending classes and watching shows from many of the best ballet companies in the world.  He enjoys the opportunities to travel that The Australian Ballet presents and thoroughly loves Australia and the company here.  Having first arrived in Australia at such a young age, Tzu-Chao now considers Australia home and rarely misses Taiwan.

Tzu-Chao Chou will be appearing as Franz in The Australian Ballet’s season of Coppelia.
http://www.australianballet.com.au

Top photo: Photo by Justin Smith for The Australian Ballet