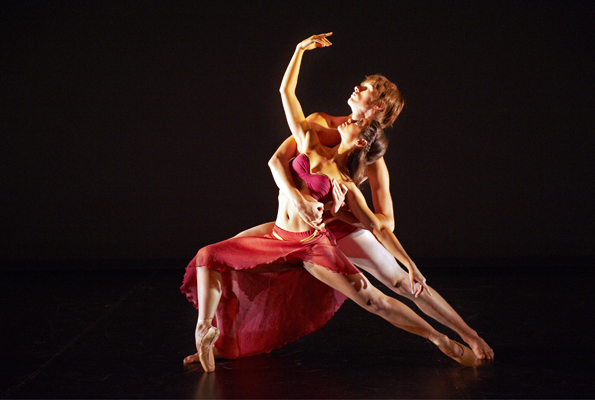 Despite being half a continent away, Western Australia’s dance community is alive and pirouetting.

All that most Australians know about Perth is that it’s miles away. Western Australia may be the home of the mining boom but, isolated as it is on the other side of an ocean of desert, it strikes many of us in the eastern states as akin to another country.

However, as anyone in the arts will tell you, Perth has not only spawned some of best Australian bands of the last decade but is home to WAAPA (Western Australian Academy of Performing Arts). It also boasts the country’s oldest ballet company, the WA Ballet.

Indeed, it’s fair to say that dance in the west is flowering, despite the much vaunted geographic isolation.

Levy contends that WA artists are less influenced by current trends. “That’s obviously also a disadvantage because it sometimes feels that we’re almost the last to hear about new ways of doing things.”

Over at WAAPA, the co-ordinator of the dance department, Nanette Hassall, offers a different slant. She contends that isolation confers no advantage and that WAAPA actively encourages its students and graduates to look out, not in.

“We work really hard to overcome the isolation,” she says. “We have two international partnerships … and we also try to take our third years away at least once, either nationally or internationally.”

However, one of the west’s hottest dance properties made the active choice to return to her native Perth after studying in the US. Alice Lee Holland is the artistic director of Steps Youth Dance Company and a part-time tutor at WAAPA. She is also busily carving out a niche for herself as an independent dance creative following the success of her 2008 work Preparing To Be Beautiful.

Having graduated from her North Carolina based school, she got to thinking. “I just can’t go to New York and be one of hundreds of choreographers trying to make work with no eligibility for grants, expensive studio space, and catching the subway home at 2am. I ‘d much rather be at home where there’s a void of professional dance for adult audiences; and actually it’s been really successful.”

But Holland is not alone. Jayne Smeulders is a principal dancer at the WA Ballet and another famous returnee. After five years with Nederlands Dans Theater she came home to find ongoing career satisfaction.

Taking a break from rehearsals for WA Ballet’s upcoming Don Quixote, Smeulders has plenty of good things to say about dance in the west. “It’s grown a lot over the past couple of years. We’re in a really good place here in Perth.”

Alice Lee Holland concurs, “There’s a real atmosphere here at the moment. There’s a real swirl of activity and a lot of artists are now choosing to stick around. It’s starting to become quite rewarding to commit to Perth.”

Nina Levy is even more optimistic. “The really key thing is the independent scene. It’s incredibly diverse and the standard of work being produced is very high. But the other great thing that’s just happened is that four dancers from the WA Ballet, who’ve just left the company, have formed their own company called Ludwig. They’ve really just started but there’s a lot of buzz about them. So yeah, it’s pretty exciting times really.”

For young hopefuls growing up in WA the training options are also improving. Apart from headline outlets like Steps and WAAPA there is a wealth of opportunity for WA youngsters to hone their craft. “The training opportunities in Western Australia are fantastic,” Nina Levy asserts.

“We are lucky to have some really great schools here and also some fantastic teachers and talent,” says Jayne Smeulders, also noting that it wasn’t like that when she was a teenager. “But now WAAPA is of such a high standard it’s not as necessary as it was when I was young to leave to find good training.”

WAAPA’s stellar reputation has, of course, been hard won. Not only do their grads feature in professional ranks around the country and overseas but, Nanette Hassall insists, the course takes seriously its role in preparing students for careers.

“We’ve made a number of partnerships and pathways through the course,” she explains. “We have links to things like the post-graduate Diploma in Education, so that students can in turn become teachers, and we have a number of students now who have begun to segue into the Masters in Occupational Therapy and then into Physiotherapy.”

When all is said and done, though, the isolation remains an issue. However, as Alice Lee Holland would say, it’s not the miles but how you deal with them. “It’s about being pretty tenacious and very open and active in pursuing opportunities interstate. I’m always trying to find ways to get commissions and work in residencies or even just to go and see the work that’s happening over east.”

Perhaps dancers in the west have to try a little harder; and maybe that’s why they just get better all the time.