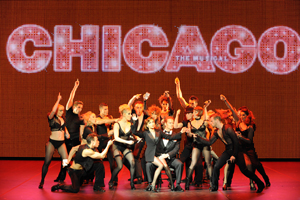 The cast of Chicago perform at The Helpmann Awards

The 2009 Helpmann Awards were a feast of Australian talent with a long list of brilliant nominees and fantastic live performances. Held at the Sydney Opera House and streamed live on Foxtel’s BIO Channel, this year’s Awards celebrated the centenary of Sir Robert Helpmann’s birth.

The evening’s performances were enjoyable and gave the audience a taste of the best performing arts in the country. Sydney audiences were treated to a glimpse of some new shows to the city with the cast of Avenue Q performing ‘It Sucks To Be Me’, and the Wicked cast performing the upbeat ‘One Short Day’. 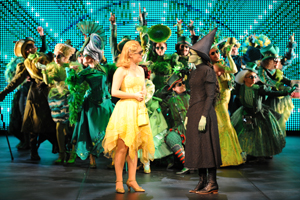 The cast of Wicked the Musical

Sir Robert Helpmann even made some cameo appearances care of actor Tyler Coppin, who brought the legend to life. In one of the performances Coppin, as Helpmann, introduced the Australian Ballet who performed the Act 3 pas de deux from Don Quixote. Along with the ballet, the audience enjoyed everything from opera to contemporary dance, some great live music and excerpts from various musicals. ‘My Hand’s’ was a heartfelt performance from Metro Street, contemporary dance was represented by Sydney Dance Company’s We Unfold and David Campbell performed in memory of artists that we lost over the last year.

The JC Williamson award was presented to John Anthony Bell for his commitment to live theatre, particularly his  work  with the Nimrod Theatre Company and the Bell Shakespeare Company. The other recipient was Michael Gudinski who was given a very personal presentation by Molly Meldrum and even a video message from Kylie Minogue. His contribution to the Australian Music industry is unsurpassed, with achievements through Mushroom records, Frontier Touring, and Sound Relief. He was congratulated by a surprise rock ‘n’ roll performance by Jimmy Barnes, Diesel and members of Skyhooks.

Held at the Rock’s Argyle Bar, the after party gave the Industry’s greatest a chance to let their hair down. Congratulations to all the award winners and nominees. Without each individual artist and technician playing his or her part our country would not be as rich in arts and culture, so thank you to all the seen and unseen amazing artists who make it happen!

The Awards Winners in the Dance/Musical/Physical Theatre categories were: