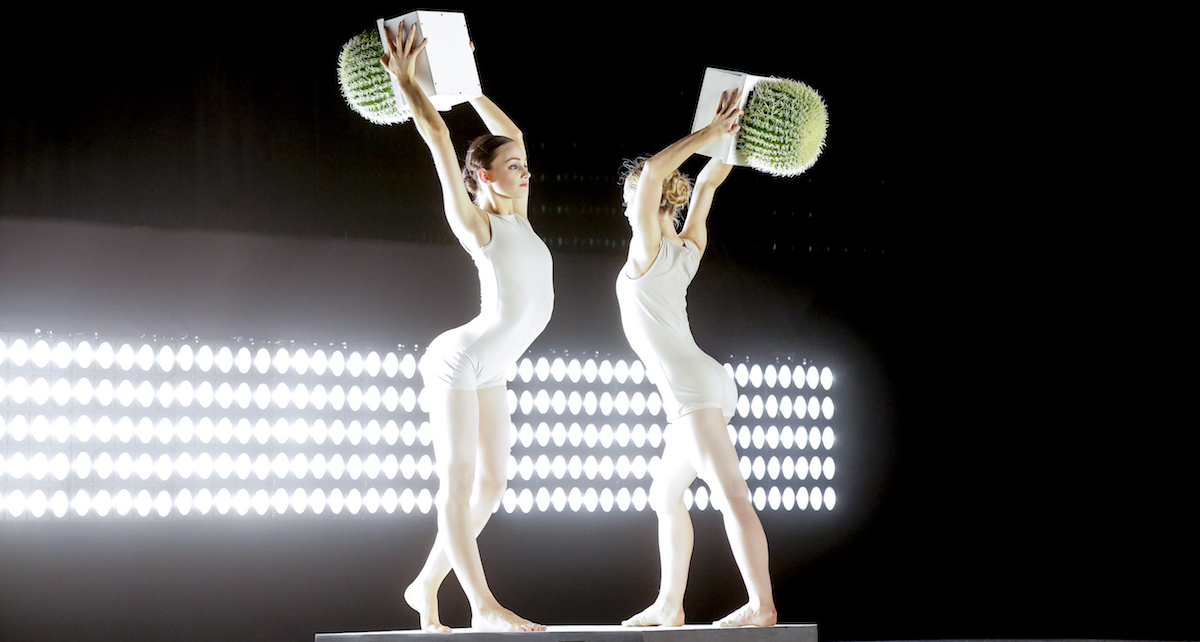 Find out what’s happening in New Zealand dance this month!

One of the world’s top ballerinas, Dusty Button, is set to visit New Zealand as the next guest teacher with International Ballet Workshops. Kiwi dance students have the chance to attend the two-day workshop held at Wellesley Studios, Auckland, on July 11 and 12. This is truly a once-in-a-lifetime opportunity to learn from a current principal dancer at one of the world’s most illustrious ballet companies. Registrations are now open at www.internationalballetworkshops.com. Everyone registered before 5 May goes in the draw to win amazing prizes, including a private coaching session with Button herself! International Ballet Workshops is open to all ballet students aged seven and up, with junior classes being taught by Director Rain Francis.

The Alana Haines Australasian (AHA) Awards were recently held in Wellington, with 230 dancers competing on the St. James Theatre stage. New Zealand’s only international dance competition, the AHA Awards were established by former Royal New Zealand Ballet dancers Katie and Greg Haines in memory of their 11-year-old daughter, Alana Haines, who was killed in a car accident in 1989. This year’s judges came from Australia, Canada and England, awarding $400,000 worth of scholarships to some of the world’s top ballet schools. And the winners were:

Footnote Dance Company has just completed a national tour of The Rebel Pink. Taking in Wellington, Nelson, Greymouth, Christchurch, Palmerston North, New Plymouth, Tauranga and Auckland, they delivered performances and masterclasses in theatres, galleries and other spaces, to rapt audiences!

The Royal New Zealand Ballet is soon to embark on its five-centre tour of Three by Ekman, from 17 May – 15 June. The triple bill encompasses three Alexander Ekman works: Tuplet, Episode 31 and Cacti. Tuplet, created for Cedar Lake Contemporary Ballet and premiered at The Joyce Theater, New York, in 2012, is for just six dancers and is the most intimate of the three works, riffing off the split-second precision of contemporary ballet dancers at the top of their game. Episode 31, made for the Senior Graduation Class at The Juilliard School and premiered in New York in 2011, is larger in scale, a torrent of youthful vigour harnessing the energy of New York City. Cacti (2010) brings it all together, combining hilarious insights into the dancers’ innermost thoughts with a mesmerising musicality. Once again, the RNZB will be joined by the New Zealand String Quartet onstage for all performances. For information and bookings, visit rnzb.org.nz, and for a sneak peek video, click here.

At New Zealand School of Dance (NZSD), the first term of 2017 started with a bang with celebrations for the School’s 50th year continuing and preparations for a number of performances.

Distinguished Graduate Raewyn Hill (artistic director, Co3 Contemporary Dance Company of WA) has recently been in the NZSD studios choreographing on third year student Toa Paranihi in preparation for his solo performance scheduled for the School’s season of contemporary solos in September.

And finally, Canada’s National Ballet School has invited NZSD, along with 20 other dance conservatoires from around the world, to perform in Toronto at the Assemblée Internationale, where four students will debut a new work by graduate Loughlan Prior.