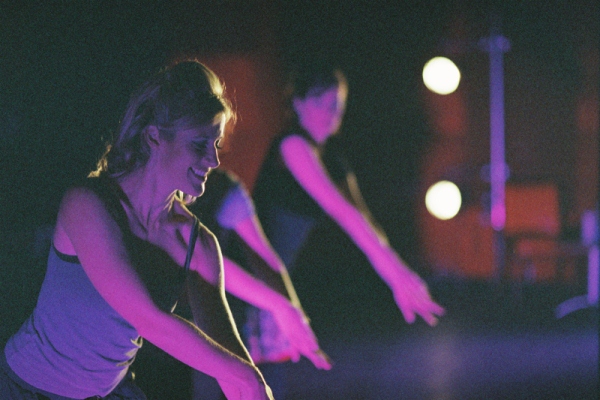 It is a simple matter of an equal sign. And one would not think the works of Stephen King in any way relevant to an article that concerns itself with Australia’s premiere adult dance scholarship program, but in the recent 11/22/63, Jake Epping, the novel’s time-travelling protagonist, holds as his mantra one simple, powerful notion: ‘Dancing is life.’

To survey the shortlist of applicants for this year’s Deborah Searle Scholarship Program is to see such words writ large and in every heartfelt affirmation. From as far away as South Africa, Japan, and Iran, and as near as our own shores, by way of Europe, England, Singapore…a gathering of fiercely committed proponents of the art of rhythmic human movement has coalesced; all seeking the opportunity to benefit from the year of free dance training that the scholarship provides.

Now in its second year, the program has recently given rise to a maelstrom online; Move Through Life’s website and Facebook page have been subject to a bandwidth-stretching deluge as adult dancers emerged from manifold backgrounds and with a multiplicity of backstories; tales of a passion for dance that they now seek to thread into MTL’s weave as they draw upon the skills of some of our nation’s most accomplished dance teachers.

The Deborah Searle Scholarship offers the possibility of return; a precious invitation back onto the floor for those burdened by financial hardship and buffeted by the often-harsh winds of circumstance. And following shortlisting, a field of thirteen remains. Four each are in the advanced and intermediate categories, while the beginner group consists of five hopefuls. 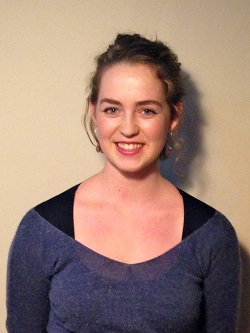 And who are they? At the advanced level, the dancers bring a shared understanding of a lifetime’s passion. For Madeleine Hicks, Justine Anderson, Enya Van Rensburg, and Azusa Kyushiki, the scholarship means a chance to resume a course they set for themselves a very long time ago.

Madeleine underwent a sixteen-year traineeship that culminated in a teaching position and four to six dance lessons per week while still in high school. For her dance is “a constant.” Her CV boasts an international performance tour in Singapore, attainment of Prefect of Dance St. Philips College, and a Dance SA teaching posting in 2012. Return from a recent sabbatical sees the fire of her commitment to dance undimmed.

Justine has been immersed in a multitude of dance styles since the age of three. Ballet, lyrical, jazz, tap, contemporary, and hip hop comprise her resume of disciplines, and upon conferral of her Degree of Dance from the University of Arizona, Justine spent four years performing on Caribbean Cruise ships. She has travelled halfway around the world, and is looking forward to honing her skills and connecting with like-minded people in a welcoming environment. She describes dance as a commitment unrivalled in her lifetime.

A native of South Africa where she began dancing at three, Enya had emigrated to England by the time she was seven, where first contact with jazz was love at first sight, although she soon found a rival suitor in hip-hop. A veteran of the Birmingham Royal Academy of Dance’s summer school program, Enya more recently valiantly defended South Australia at the renowned World Supremacy Battlegrounds. Of the one true love for which she abandoned a university degree, Enya can only say, ‘I can’t imagine life without it.’

Azusa also confesses that she cannot go a day without thinking about dance. Introduced to ballet at seven, she spent some six years on pointe shoes and segued into hip-hop at fifteen, first at Flava Dance Studio, and then at Soul Council.  She is on a quest for precision of movement. It is a desire for perfection she has carried with her across the wide world, from her Tokyo birthplace through Bangkok, Rangoon, and Jakarta. 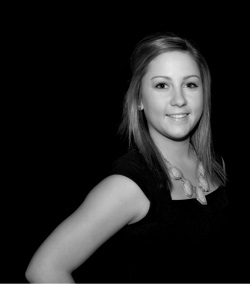 The Deborah Searle Scholarship’s intermediate category, new for 2014, also boasts an impressive roster of hopefuls. Among them is Olivia Haggett, a graduate of BBO examinations who has performed in many competitions and eisteddfods at various points of the compass, including Alice Springs, Darwin, Mackay, and New Zealand. Students ranging in age from three to eighteen learn at her agile feet these days, and Olivia sees participation in Move Through Life as an opportunity to further the noble pursuit of passing on what she may learn to her classes.

Leticia Mooney is currently immersed in Flamenco, but even a cursory glance into her history reveals a well of versatility, from classical ballet in her formative years to belly dancing with the Amethyst Rose troupe that led to experimentation with gothic fusion variations and other eclectic tribal styles. Having recently engineered a restructuring of her life and career for the express purpose of liberating precious time for her first love and greatest joy, Leticia sees the scholarship as yet another chance to give her all for that which sustains her.

Likewise for April Michalek, who “has never stopped dancing and never will.” She took up her life’s pursuit at the age of four, and her subsequent schooling encompassed ballet, tap, jazz, Irish dancing, and hip-hop. Since being awarded a Certificate Three in Jazz Teaching, April has sought to ignite the joy of movement in others, but has found financial restrictions an impediment to her own ambitions as a performer. 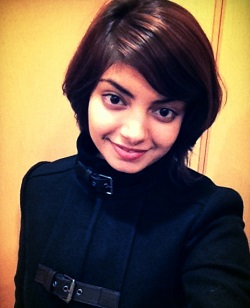 Stephanie Simeone was also motivated to apply for the scholarship in the hope of furthering her growth and expanding her portfolio. She has studied at the Desteno Dance Centre, the Australian Company of Performing Arts, Terry Simpson Studios, The Dance Pad, Martine Quigley Dance Education, Danca Brazil, and Emma Dawson. A committed lifelong dancer like April, Leticia, and Olivia, Stephanie sees training with Move Through Life as an unparalleled opportunity to nurture her talent, and attainment of the scholarship would mitigate the monetary malaise that plagues so many of her university colleagues.

Through the scholarship program, Move Through Life is also offering free tuition to those just setting out on their journey. Shortlisted applicants in the beginner category include Rahima Watts, a student of ballroom and Latin dance who is looking to expand her repertoire, Paris Mignone, who has performed at the Festival Centre and seeks to investigate both the recreational and therapeutic dimensions of dance, Iranian expatriate dance fanatic Nazanin Narooei, former belly dancing teacher Joy Kellett, and Anna Waterman, a one-time competitive ice skater who wishes to discover the ways dance will enhance the lives of her special needs students.

Whence from here? The candidates will attend Move Through Life’s classes, and then the selection panel will face the unenviable task of choosing between them. The theme that reverberates time and again from their many places of origin, across their years, is the very philosophy that Move Through Life espouses, and that the Deborah Searle Scholarship program seeks to exemplify; that they are not alone, and it is never too late.

Photo (top): Monica Wensing in theatre rehearsal for Move Through Life’s Soul Night at the Cinnamon Lounge at the Adelaide Fringe 2014.  Monica was the recipient of the 2013 Deborah Searle Scholarship. Photo by Sasha Pazeksi www.sashapazeski.com.au.